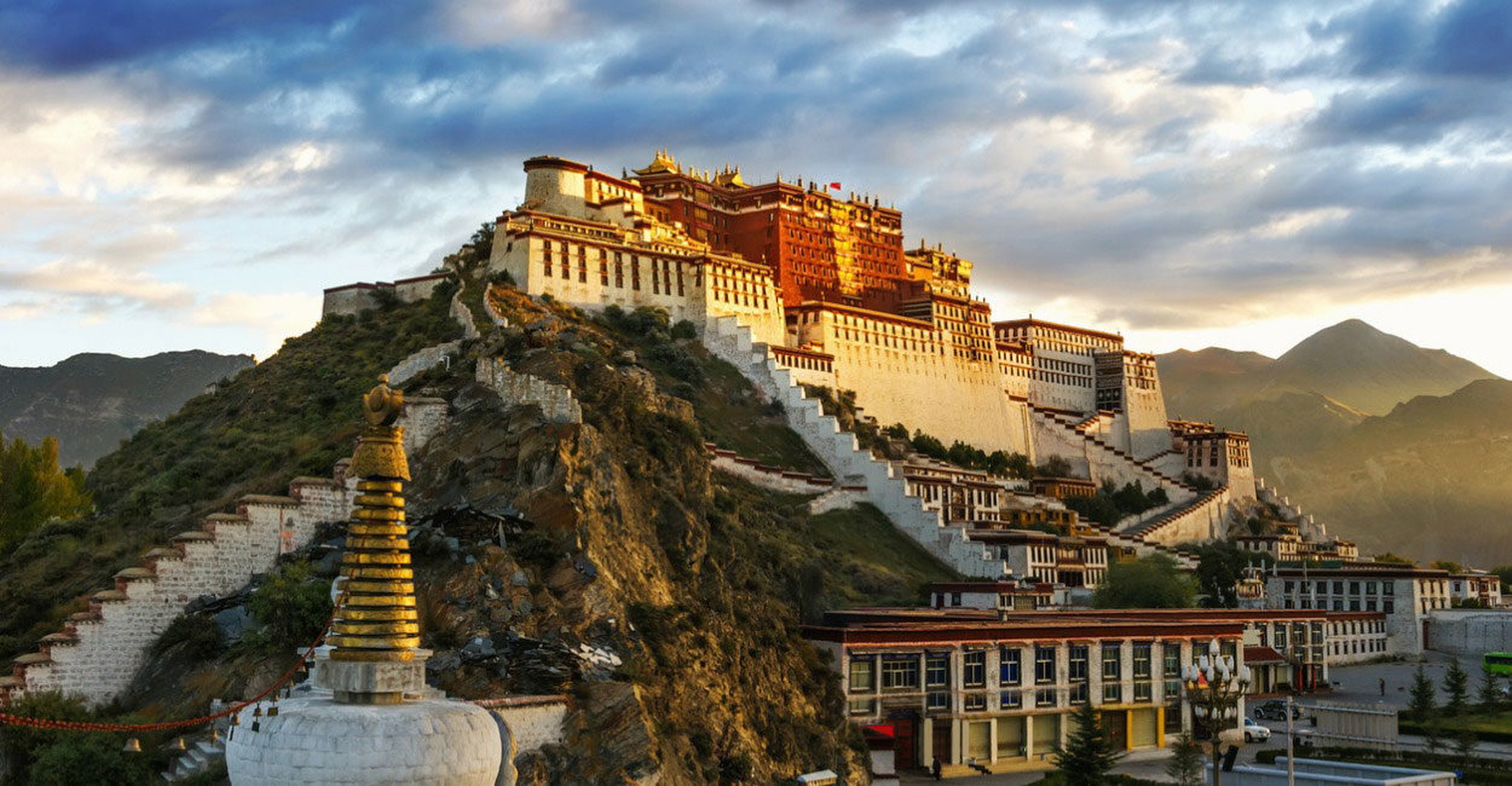 Welcome to TIBET - a land so rich in culture and tradition steeped in religion along the far flung unique landscape, aptly called the Roof of the World. Let the age old Tibetan mysteries cast an enchanted spell on you which holds you in thrill and excitement.

The first part of the tour takes you over the majestic Himalaya offering you the long cherished breathtaking view of the Himalayan ranges including MT EVEREST (8,848m) by an hour long Trans-Himalayan flight from KATHMANDU to LHASA.

The 2nd part brings you so close to the Shangri-la of TIBET making you feel yourself as being a part of a rich tapestry of the unique culture woven with legends, myths, rituals and festivals when you are in LHASA: cultural capital of TIBET.

This tour covers all the three world heritage sites like The Potala palace, Jokhang Temple and Barkhor street. You can visit the Dalai lama’s summer palace and stroll in the old alleys of Barkhor street where you can enjoy the sweet tea and chat with locals or bargain with the street vendors to understand the real life in Lhasa. Besides, Never miss the chance to explore the dramatic Monks debate on the Buddhist doctrines in the Sera monastery.

Tourists may view the Yarlung Tsangpo River/ Bhamaputra river (the Longest and largest river in Tibet) and Lhasa river on their way to Lhasa.

Notes: Please book this tour 20 days in advance, letting us have enough time to apply for your Tibet Travel Permit.

Minimum arrival into kathmandu 4 workings days prior for Visa application of Tibet before departure to TIbet.

Flight to Lhasa (1 Hr)  crossing over the panoramic Himalayan ranges. You can view the Yarlung Tsangpo River/ Bhamaputra river (the Longest and largest river in Tibet) and Lhasa river on their way to Lhasa. After arriving in Lhasa, check into hotel and get acclimatized to high altitude.

Today's tour will first bring you to the Potala Palace which is the winter palace of the Dalai lama. It was put to use since the 7th Century by the 33rd great king of Tibet. The most valuable collections of Potala Palace are the gilded burial stupas of former Dalai Lamas and meditation Cave of the 33rd great king of Tibet. Then after lunch, tourists head to Jokhang temple which was founded by the 33rd great king of Tibet in the 7th century. Inside you can see the statue of Buddha Sakyamuni at the age of twelve. Outside, you can see pilgrims making prostrating in front of Jokhang Temple. Around the temple is Barkhor street, where you can do kora (a religious circle of a building or mountain) with pilgrims and locals, and explore the old market. Besides, We can taste Tibetan tea with locals in tea house; The welcome dinner will also be arranged accordingly; Optional: With time permitting, you may go with tour guide to visit Tibetan handicraft art or Tibetan Traditional Medicine center.

In the morning ,you are going to visit Drepung monastery which is one of the “great three” Gelug monasteries of Tibet, founded in 1416 by Jamyang choge, one of the Tsongkhapa’s main disciples. You can visit biggest monastery kitchen inside the monastery and enjoy Buddhist Sculpture Carving workshop near Drepung. In the Afternoon, Tourists will visit Sera Monastery which is another one of the “great three” Gelug monasteries of Tibet. The hot attraction is the Monks debate at around 3 - 5 in the afternoon. In addition, you can tour the Tibetan religious scripture printing house; inside the monastery, you can see three sand Mandalas and colorful Rock Painting of Buddha. Stay overnight in Lhasa

Transfer to the airport and fly back to Kathmandu