Mountain of Sikkim is famous for its rhododendron and orchids flowers, which blooms in spring. A virtual Shangrila overlooked by Mt. Kanchenjunga, the world's third highest peak, Sikkim is attractive equally for the sightseer, the adventure sports enthusiast and those interested in Buddhism and tibetology.

Darjeeling, nestling in the grandeur and beauty of the snow-capped mountain ranges of the Kanchanjunga, Darjeeling has been gifted with beautiful natural scenery. It is surrounded by lush green tea gardens, and has the highest Railway Station in the world. The town of Darjeeling, also known as "Queen of the (Eastern) Hills", was the summer capital of India during the British period. A holiday resort of the Victorian era it still exudes grandeur, charm and majesty. From "Tiger Hill" one can get one of the best sunrise views in the world.

Kalimpong (pop. 46,500) is a sleepy little town situated at an altitude of 1,200 m, some 50 km to the east of Darjeeling. It once used to be the hub of the trans-Himalayan trade between India and Tibet when merchants used to ferry goods by mule caravan over the Jelepla Pass on the Sikkim-Tibet border. 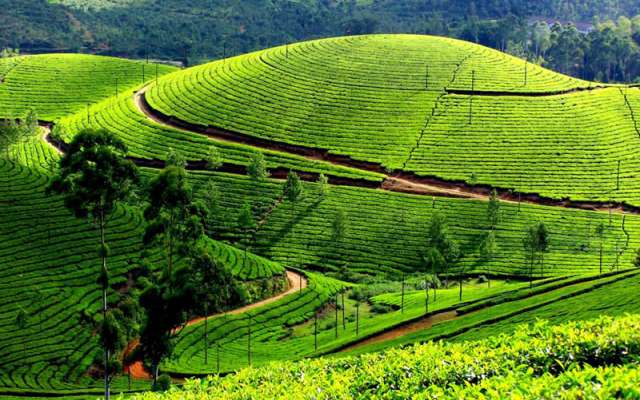