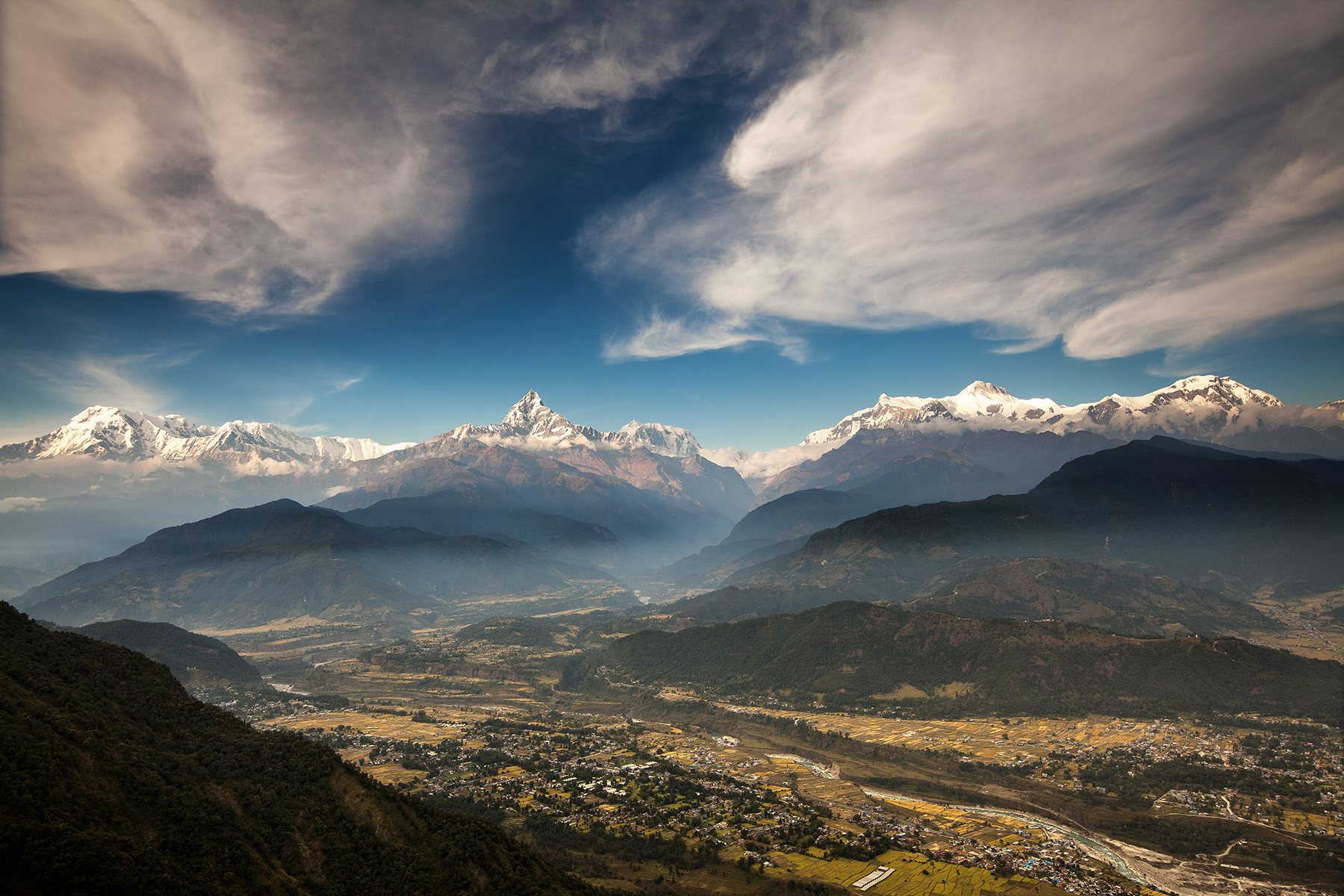 This tour is all about the capital city of Nepal, Kathmandu valley, its people and culture, monuments, narrow local streets, local foods and many more. Kathmandu valley has 3 different cities named Kathmandu city, Patan city and Bhaktapur city. You can enjoy the Durbar Squares, Holy Temples, Stupas and shopping of Nepalese arts and artifacts. This wonderful tour is surrounded the natural beauty, cultural and cosmopolitan aspects. Another second best destination called Pokhara, the nature’s hidden paradise possesses nature’s gift of extreme beauty with majestic view of Annapurna range at its backdrop and tranquility of lakes within it.

Welcome to the land of Himalayas! As soon as you arrive in Kathmandu International airport, our representative will be there to receive and escort you to your hotel. After refreshment, you can take a lazy stroll around your hotel or relax at your hotel premises. We make sure that your first acquaintance with the capital city is a memorable one!

Today is a big day for you as you finally get to kick-start your cultural discovery!

Kathmandu Durbar Square is an overwhelming frenzy of art and architecture. The medieval palace complex is erected in different styles right beside the Kumari Temple where Living Kumari Goddess lives there. The enormous courtyard is locally known as the Kathmandu Durbar Square or Nautale Durbar. The Durbar Square is called the Hanumandhoka, the Monkey God’s Door in Nepal, named so after the Monkey God Hanuman. The area is also known as Basantpur, the place for celebrations and festivals. The UNESCO enlisted the Durbar Square area as the World Heritage Site in 1979. The massive pagoda-like structure in the center houses the tutelary deity of the Malla Kings. The palace building is a maze of stone-paved courtyards. Coronation ceremonies, until recently, were performed in the main courtyard, the Nyasal Chowk.

Most of the monuments in this square belong to the medieval Malla period between the 15th and 17th centuries AD. Important things to be seen in this area include the Golden Gate and the Golden Window of the old palace, the beautiful traditional metal craft, the famed Krishna temple with its 21 golden pinnacles, and the Royal Bath of Sundari Chowk, a perfect piece of classical stonework. The Royal Taleju temple and the Vishwa Narayan temple are fine examples of unique craftsmanship in wood. The temple of Bhimsen with its magnificent golden balcony overlooking the square outside includes many other shrines and sculptures scattered in and around the square. Overnight stay at Hotel.

After breakfast and early morning activities, drive to Pokhara (Approx 6 hrs) and transfer to Hotel.

Pokhara, some 200 km to the west of Kathmandu, luxuriates in one of the most enchanting natural sceneries in the world. Here you can encounter the snow peaks of the Himalaya up close without having to go on a trek. With its soothing climate, the balmy atmosphere of a resort town and the raw beauty of an exotic, untouched landscape, Pokhara offers an unusually blissful break away from the frenzied pace of city life. An illustrious member of the Annapurna range, rising out of which are a bevy of other equally distinguished summits that protect the valley in a breathtaking semi-circle, it levitates to a height of 6,977 m and is one of the most enduring natural fixtures of Pokhara.

Rest of the day for relax or walk around the lake side. Overnight stay at Hotel.

Sarangkot is the small village which has its own natural beauty. It lies in the outskirts of the Pokhara city. From Sarangkot hill you can see the best sunrise, beautiful green hills, terraces of rice and the beautiful view of Pokhara valley. It is also an important location for most of the paragliders.

Devi’s Fall is a charming little waterfall located about 2 km south-west of the Pokhara airport on the Siddhartha Highway. Its source is the water from the Phewa Lake. Devi’s Fall attracts the visitor to view the mystery of water fall and its associated painful legend of David’s fall. Gupteswar Gupha is a mysteriously sacred cave located very close to Devi’s Fall. This cave holds special value for Hindus’ since a phallic symbol of Lord Shiva is preserved here in the condition it was discovered. Locally, it is also named as Gupteswar Mahadev.

Gupteshwar Mahadev Cave in Pokhara is the cave where the Devi’s fall leads to. Just across the road from Devi’s fall, a spiral staircase takes you to the entrance of Gupteswar Mahadev Cave. As you enter the cave, there are walls dripping water and the way around the cave is lit with a string of lights which often go off, so carrying torches in recommended. About 40m in you can see a statue of Lord Shiva which was discovered when two locals accidentally came across the cave. The statue is considered important and holy according to Hindu’s and witness quite a number of devotees on particular days.

Seti Gandaki Gorge, a wonders of nature goes underground, vanishing from sight in many places along its route through the city. At various points the river is barely two meters wide where its depth beyond imagination. A good spot for watching the river below is Mahendra Pul, a small bridge at the center of the city.

The Bindhyabasini temple is the focus of religious activity in the old bazaar. It is dedicated to the Hindu goddess Bhagwati, a manifestation of Shakti. The park-like grounds offer a fine picnic area, and on Saturdays and Tuesdays when devotees flock here to offer sacrifices, take on a festive local flavor. The old part of town bears resemblance to the traditional urban layout of Kathmandu, with temples and exquisite house facades. These architectural styles were brought by settlers from the Kathmandu Valley who, centuries ago, were invited by one of the kings of Kaski to set up shop and engage in trade.

Even: Enjoy one hour boat ride in Fewa lake.

Boating in Nepal is one of the interesting recreational things. It has glacier fed lakes up north to the gently moving rivers in terai, you can enjoy the moments with lots of sights near around you.

Phewa Lake is the second largest lake in Pokhara, the lake bordering the forested hill. The view of Fishtail and other mountains reflected in the lake, the little island and the Tal Barahi temple in the middle, the white stupa on the top of the hill, the gliders jumping from Sarangkot, the Ultralight soaring up high and paralleled each other, buzzing, all at once can be seized in the mild breeze over the Phewa Lake.Overnight stay at Hotel.

After breakfast transfer to airport for departure. Arrival in Kathmandu & transfer to Nagarkot.

Nagarkot is a village located about 25 miles east of Kathmandu. It’s known for its views of the Himalayas, including Mount Everest to the northeast, which are especially striking at sunrise and sunset. The surrounding scrubland is laced with trails and home to many butterflies. To the west is the ancient, pagoda-style Changunarayan Temple, dedicated to Vishnu and a Hindu pilgrimage site. Overnight stay at Hotel in Nagarkot.

The city of Bhaktapur lies 14 km to the east of Kathmandu. Bhaktapur is popular for its religious and historical heritage and also known as “City of Culture” and “City of Devotees. Its Durbar Square is a symphony of art and architecture. The centerpiece is the 55-window palace overlooking the square, which is paved over with brick. The history of the palace dates back to the 12th century. Bhaktapur, also known as Bhadgaon, was the capital of Kathmandu Valley once during medieval times. Today it is a treasured home of medieval art and architecture. According to a legend, this city was founded in 889 AD by the late King Anand ev who belonged to the famed Lichhavi dynasty. Bhaktapur is the embodiment of the “Living heritage”, with Hindus making up the majority of the population.

Pashupatinath, is considered one of the holiest shrines of all the Hindu temples. The temple has remained the presiding deity of ruling Nepalese Royalty. Located on the banks of the Bagmati river, this two tiered magnificent golden temple with four triple silver doorways is unique example of the Nepalese temple architecture. It is one of the largest Hindu temple complex in South Asia with hundreds of Shiva lingams, shrines icons of various Hindu god and goddess insides.

Our cheerful representative will drop you off to the International airport on time prior to your departure flight. The mystic land of the Himalayas holds many more secrets to be told. Come back again for another adventure visiting our spectacular cultural sites / mountains. 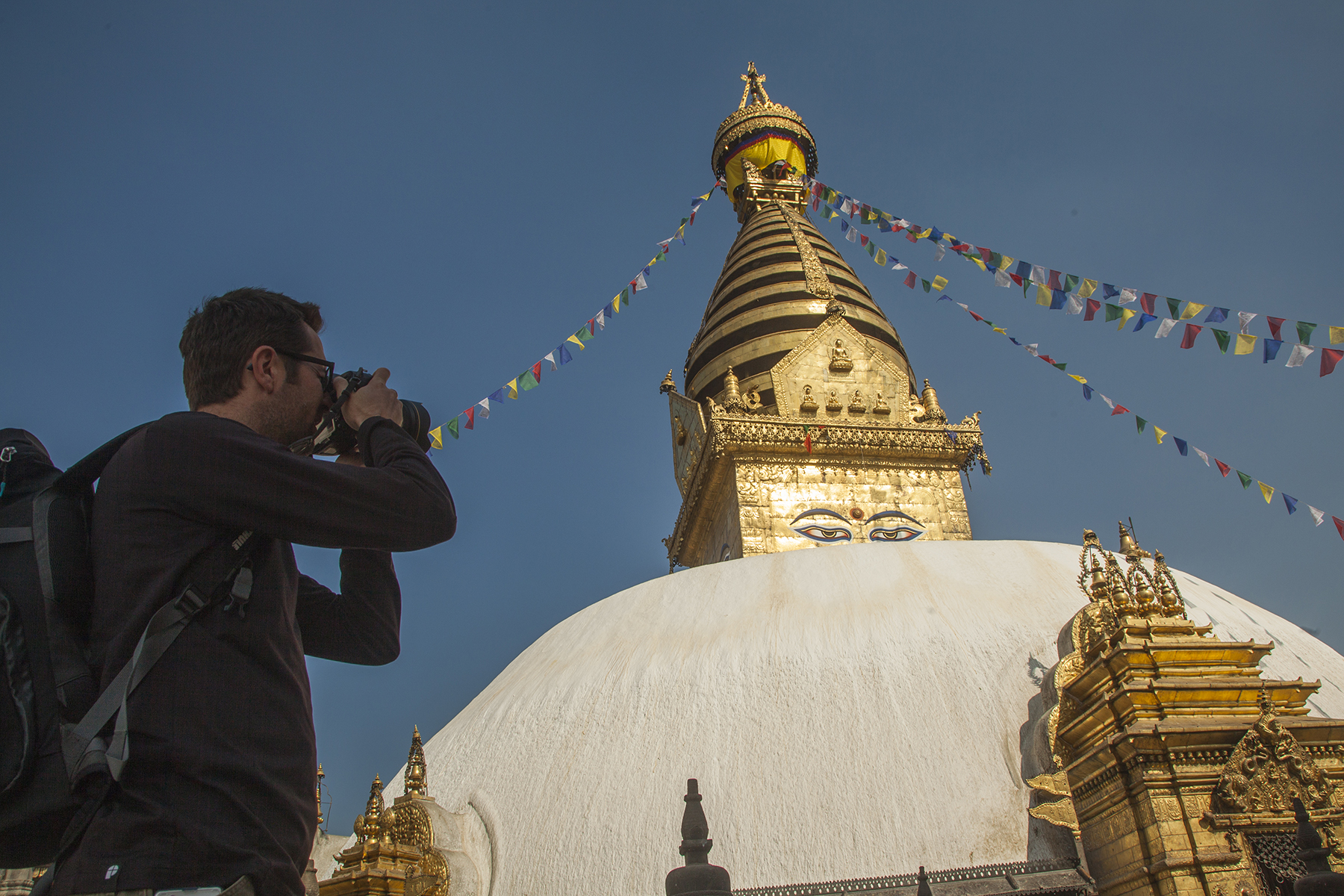 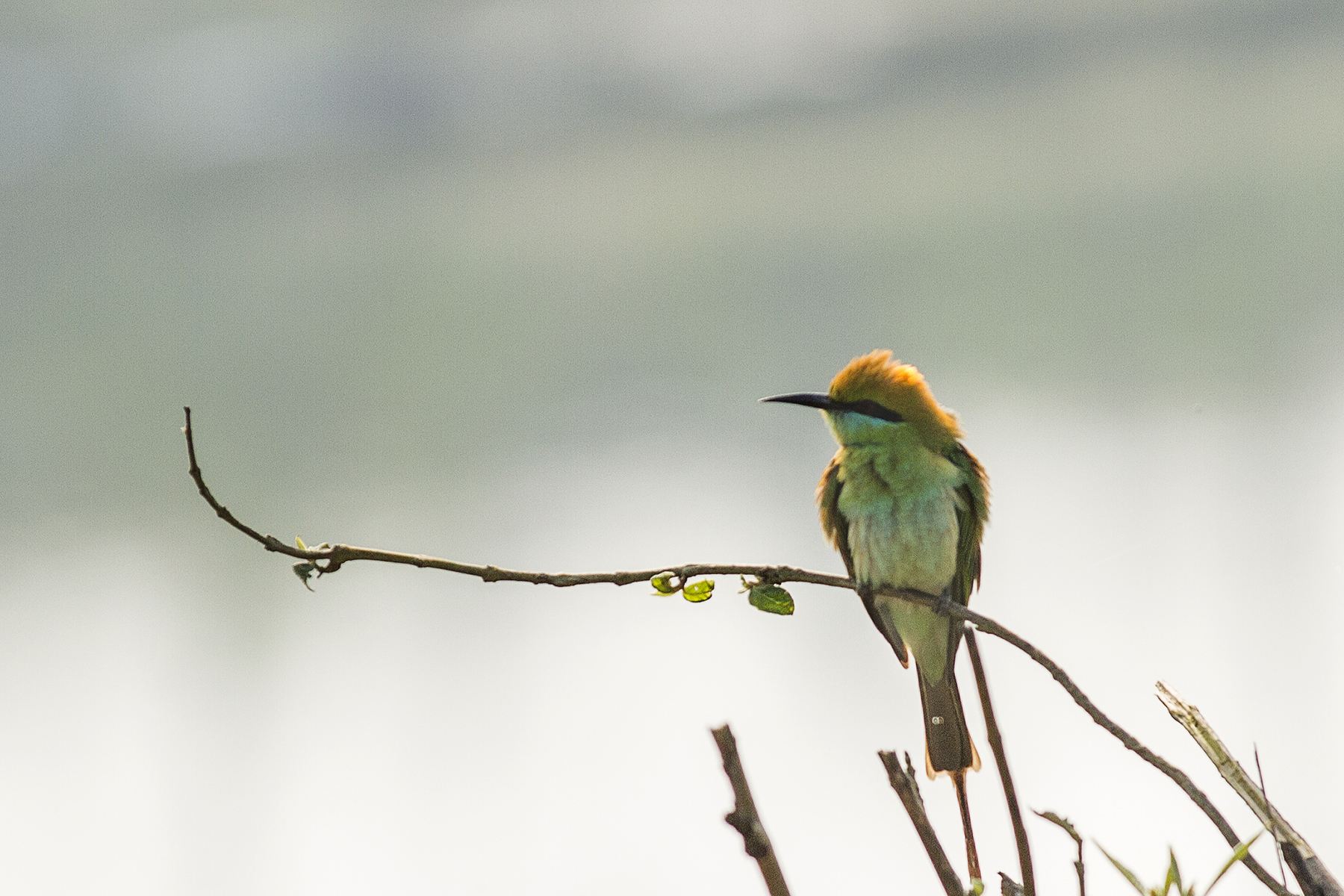 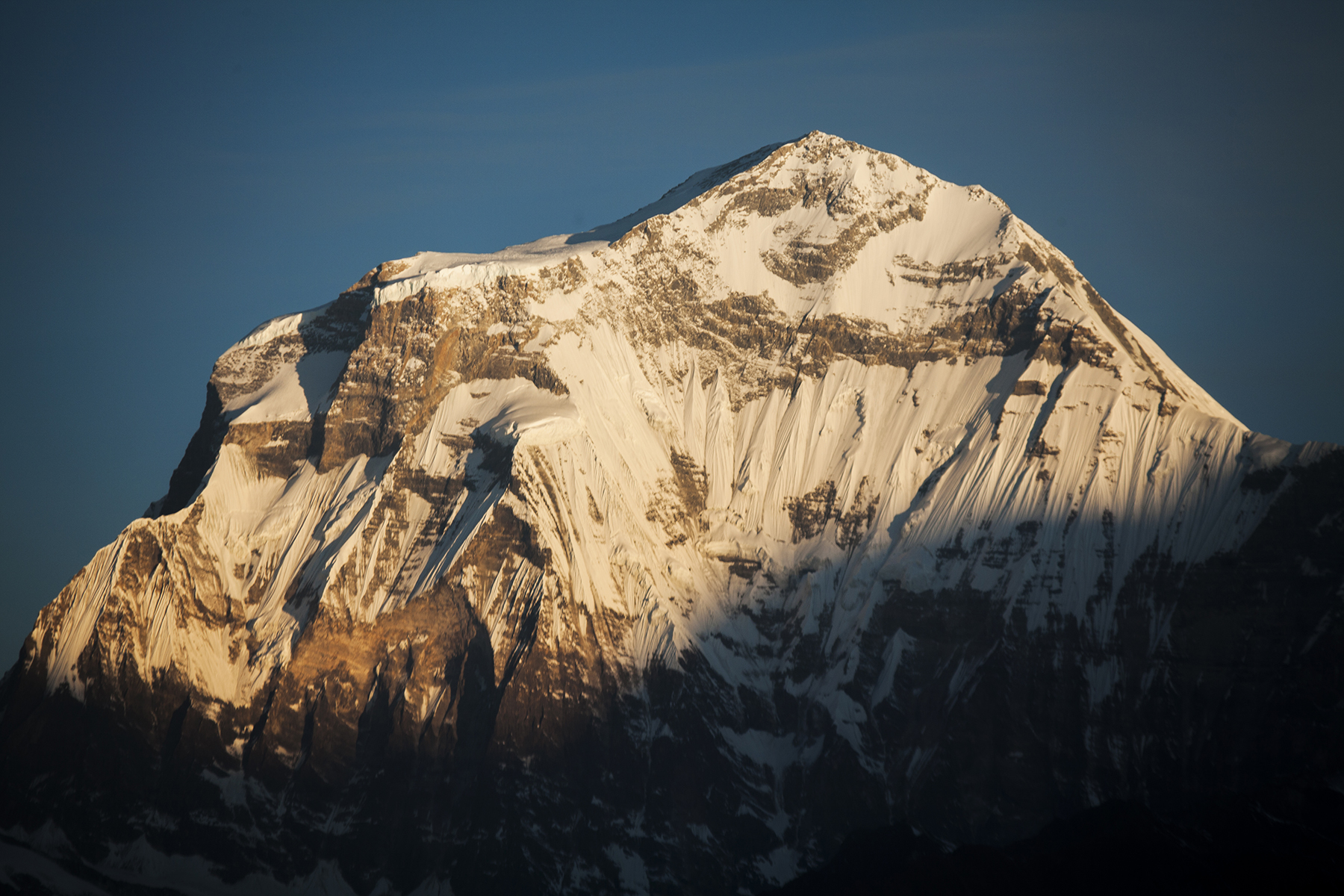 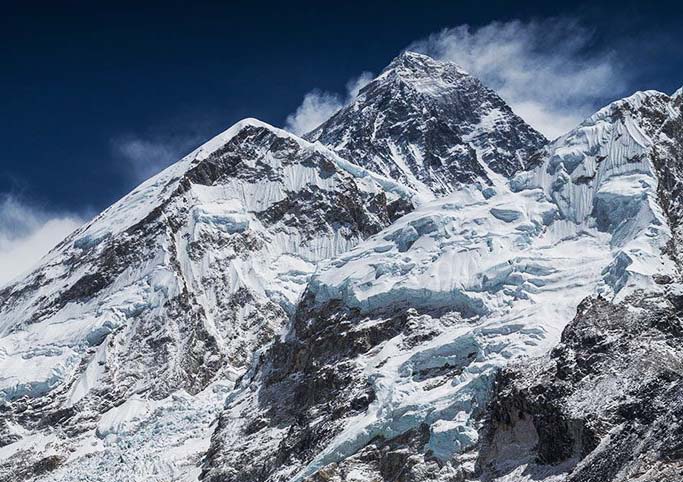 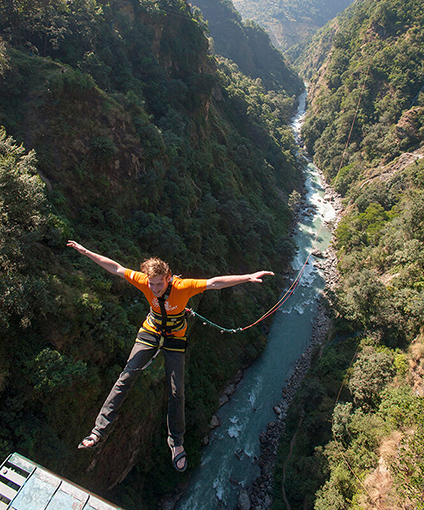